All patrons who purchase a ticket to the Brett Eldredge show will be treated to a Pre-Show Wine Tasting included with the price of each ticket. The wines available for tasting will be: Relax Riesling, 1924 Sauvignon Blanc, 1924 Port Barrel Aged Pinot Noir, and Noble Vines 337 Cabernet Sauvignon. Pre-Show Tastings begin 90 minutes prior to the show and end 15 minutes before the concert begins. All Pre-Show Tastings will be located on the Main Concourse. Must be 21 years of age and have a valid ID to participate. While supplies last.

Award winning, Platinum selling artist Brett Eldredge is set to launch his Good Day Tour later this summer and into fall. The 21-city tour will include a stop in Huber Heights, OH at Rose Music Center on Saturday, September 25. Morgan Evans and Nate Smith will join the show as support.

“The Good Day tour will by far be the most appreciative and grateful experience of my career because I miss playing music so much,” said Eldredge. “I miss the human connection, the fan to fan connection, the people out there singing their hearts out who travel from all over the place to come together as a group, and be there with each other to smile, laugh and sing. The Good Day Tour is going to bring a lot of joy to people and one of those especially being me, because I cannot wait.”

The Good Day Tour will feature songs from his critically-acclaimed recent album Sunday Drive, as well as fan favorites from his previous albums which include #1 smash songs like “Don’t Ya,” “Beat Of The Music,” “Wanna Be That Song,” “Love Someone” and more.

The tour will also include special opening act Morgan Evans who hit the top of the U.S. Charts with “Kiss Somebody.” The Australian born singer-songwriter is known for other hits including “Diamonds” and fan favorite “Day Drunk.” “I’m bringing Morgan Evans on tour and I’ve been a big fan of his for a long time and he’s a crazy good talent and amazing guy. I just think he brings that mentality that I love, that positive energy and good heart and this tour is going to have a lot of heart,” said Eldredge.

“We’re gonna show the world what it feels like to be alive again, and I’m gonna kiss that stage when I walk on it every night because there’s nothing like it and I’ll never let it go,” said Eldredge “See you on the road!”

With his critically acclaimed fourth studio record, country superstar Brett Eldredge takes fans on an unforgettable outing with his new album Sunday Drive. Joined by GRAMMY-winning producers Daniel Tashian and Ian Fitchuk, he journeyed to Chicago’s intimate Shirk Studios, where the album came to life. As a mental health advocate, Eldredge pulls from a personal place with the single “Good Day,” which brings the message of keeping a healthy mindset. “Good Day” follows the wistful, piano-driven lead single “Gabrielle,” which made its TV debut on The Late Show with Stephen Colbert and has been called “a breath of fresh air” by Rolling Stone. Having added a seventh country radio No. 1 to his name with “Love Someone,” the critically acclaimed entertainer filled arenas on his first ever sold-out headlining The Long Way tour, which included performances of his Gold and Platinum-certified singles spanning four albums. His highly celebrated Christmas album Glow debuted at No. 2 on the country charts and featured the Billboard Adult Contemporary and Holiday Music Chart-topping duet “Baby, It’s Cold Outside” with Meghan Trainor. In 2016, the album inspired a single live holiday show in Nashville, which has now grown into the annual Glow LIVE holiday tour, hitting major cities across the country. He continues to bring holiday cheer with his new duet “Under The Mistletoe” with Kelly Clarkson and “Baby, It’s Cold Outside” (Latin Version) featuring Sofia Reyes, both available everywhere now.

Australian-born Warner Music Nashville breakout artist Morgan Evans is well versed in launching a country music career from across the world. Now an established artist in the Nashville scene, he is joining Apple Music to showcase performers from all over on Country Wide Radio with Morgan Evans. His 2018 U.S. debut Things That We Drink To arrived Top 10 on Billboard’s Top Country Albums chart and features his Gold-certified No. 1 debut single “Kiss Somebody,” which he also performed on NBC’s TODAY and ABC’s The Bachelorette. Named as one of Country Radio Seminar’s elite 2020 New Faces of Country Music, he’s forged a path as one of the genre’s most promising up-and-coming stars, named to People’s elite “Ones To Watch” list, MusicRow’s “Next Big Thing” list and Bobby Bones’ “Class of 2018,” receiving additional recognition as an emerging artist by CMT, SiriusXM, Pandora, Rolling Stone, Billboard, Bobby Bones, The Tennessean and more. An award-winning country force in Australia, he most recently reached new heights by topping both the Aussie Pop and Country charts with “Day Drunk.” Known for his thrilling, one-of-a-kind performances, he has previously toured with artists like Taylor Swift, Dan + Shay, Cole Swindell, Old Dominion, Rascal Flatts and Chris Young and crisscrossed the globe on his 2019 World Tour, where he shared his acclaimed live show with sold-out audiences spanning eight countries across three continents.

The Rose Music Center box office will be open at 10am for the Brett Eldredge on sale. 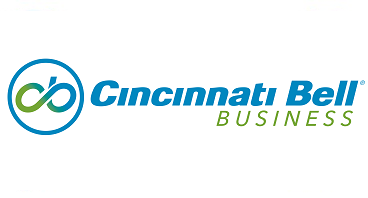